A White Repertoire for Club Players 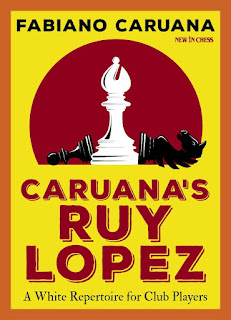 Published by: New in chess

The Ruy Lopez is arguably the most classic of chess openings. White immediately starts the battle for the centre, fighting for the initiative. This strategic clarity has made the Ruy Lopez, or Spanish Opening, an eternal favourite with chess players at all levels. Inevitably, this popularity has also led to a wealth of opening theory.

In this book, Fabiano Caruana takes you by the hand and lays out a complete and practical White repertoire for club players. He avoids complicated chaotic lines, but doesn’t shy away from sharp battles. Caruana loves to find and use the tactics to punish Black for risky choices.

This one-volume and crystal-clear repertoire covers fifteen main variations, from the classical lines to the anti-Marshall (8.a4), and from the Schliemann (3…f5) to the Modern Steinitz. In an easy-to-grasp manner Caruana explains general characteristics, such as permanent weaknesses long-term goals, and is always looking for an advantage for White.

The insights of the World #2 in this classic opening, will not only greatly improve your results in the Ruy Lopez, but also sharpen your general chess knowledge. Inspired by Caruana’s ChessBase Series Navigating the Ruy Lopez.

The Ruy Lopez is an ancient opening in chess terms, and is named after a Spanish priest from the 16th Century. I believe he was eventually promoted to a bishop, but don’t hold me to that. In chess we prefer to promote to a queen! It has been played at all levels and never to my knowledge fallen from grace. This opening is fundamentally a classic fight for the centre of the chessboard.

There are chapters on some eighteen variations including the Cozio Defence, which I have always been interested in and the Breyer, chosen by Spassky for a time. Of course, there are many other variations including the classical, Zaitsev, Schliemann and Steinitz to name a few but I was most interested to (finally) take a look at the Marshall Attack, which I have known about but rarely played. Frank James Marshall popularized this line against Capablanca in 1918 but in any event the great 'Capa' navigated his way through the maze, and won. Here’s the position. 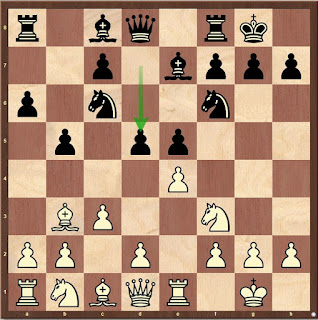 This is the classic Marshall attack after Black plays 8…d5 instead of something like 8…d6. It is true that if White accepts the Gambit, (the pawn on e5 will fall) he will be a pawn to the good, but he will have inferior development, and Black (for the price of the pawn) will be able to attack with zeal on the K-side. It is for this reason that many White players eschew the gambit and play the Anti-Marshall line which is 8.a4 instead of 8.c3 or even 8.h3. Caruana has tried them all. Caruana is generous in telling us what lines he prefers and I felt that he was ‘with me’ in a sense, talking me through the lines. This is the sign of a good writer.

He sums up where necessary and also makes recommendations. However, just because someone of Caruana’s strength plays something does not mean that you have to. We require understanding. Why play this or that move? The author helps us here, and gives plenty of other options in the variations. We are not robots and we should explore the variations for ourselves.

The text, layout and diagrams are of very good quality, as one might expect from this publisher and the book seems to me anyway to be about the correct length. I can think of some books that are three times as thick on a single opening, and one loses the will to live after a while. This book is lively, informative and not too heavy in variations and analysis. I also like the cover a great deal. I know for a fact that some people do judge a book by its cover so it helps to have an eye-catching one. This cover reflects the contents within – logical, simple and eye-catching. Nice!

It is my view that elite chess players are not automatically great writers, especially if they are trying to convey their thoughts to club players, and this book does say ‘for club players.’ Fabiano Caruana is one of those GM’s that can. I like his very succinct preface, where he declares that he wants to present a ‘basic’ repertoire for White’ and that he is aiming to explain ‘similar structures and similar types of positions.’

This is crucial. We cannot all possibly hope to memorise all of the variations in the book. That’s not practical. What the reader needs to do – as with any opening – is understand what White is aiming for, to try to develop an appreciation for the general ideas. Caruana, with his insight and straight-forward way of communicating helps us in this quest.

Caruana says that he wants the reader to feel confident about the repertoire. The question is, does he succeed? Well, that’s up to each individual but for me, a player who does not play the Ruy Lopez, I not only felt confident after reading this but I feel I might actually give it a go. I can dip in and out of the book to study up on the lines I want. What better guide is there to have than FC?

I always try to find some sort of constructive criticism about a book. After all, none of us are perfect. All I can think of - and it is a tiny point - is that it would have been nice to have had a photograph of the author accompanying his preface, but hey - if we don't know who he is by now, right?

The last line of the introduction to this book from the NIC editors says ‘By standing on the shoulders of giants, a player will enjoy great confidence in the repertoire recommended by Caruana.’

The proof of the pudding will be in the eating, but I for one feel that I can see a little further than before. If a player wants to learn the Ruy Lopez then why should this not be the 'go-to' book?

Fabiano Caruana became a grandmaster at the age of 14. Ever since his majestic tournament win at the 2014 Sinquefield Cup, he has been the undisputed #2 in the Chess world. In 2018 he earned the right to challenge Magnus Carlsen in a match for the World Championship and only narrowly lost in the play-off. 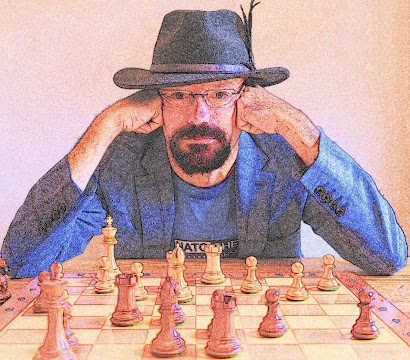